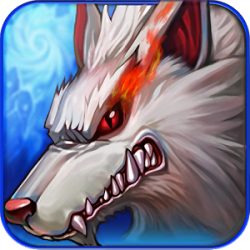 The new version was introduced to the game!
Way God of War introduced to the game! Brand new gameplay challenge you! Players level 50 and above, do not hesitate, let\’s first pobrobuyte!
K-C competitions giltsii started! All gilitsii be able to join the part of the primary selection. And the first 16 giltsy each server is automatically written in the primary selection. Hunters, let\’s fight for glory! We wish you good luck and all the best!
▲▲▲▲▲▲▲▲▲▲▲▲▲▲▲▲▲▲▲▲
-This Is an interesting and free two-dimensional MMORPG in the style of all your favorite arcade games – fighting games on the NES (NES) and SEGA! Remember the past!
-This Is a strong fighter with free2play exciting PvE and PvP arenas!
-Check Your skill in fighting – MMORPG!
-Bezlimitnye, Infinite combos! Kick some 1000 shocks!
【Content】
Game Rift Hunter looks like a prettier guest from the 90s of the last century, is a strong fighter with free2play exciting PvE and PvP arenas! This is an interesting and free two-dimensional MMORPG in the style of classic arcade and all your favorite arcade games – fighting games on the NES (NES) and SEGA! Rift Hunter is the graphics in anime style with a comfortable gameplay fighting game in the genre, and it all online! This is a game with all the elements of classic MMORPG: fierce battles PVP, PVE and with a chance to become the king-fighting arena, playing with defying battles and unlimited combos with perfectly traced game levels, characters, weapons and items. KORAMGAME team hopes that you will appreciate the Rift Hunter, and the game will take its rightful place in your personal ranking of the most favorite games!
【】 Control the game
– Control of the game is quite simple.
– The upper left corner: information about a character, as well as weekly specials.
– The top right corner: game events, rating, competition, trade house, chat, etc.
– The lower left corner: the arrow keys.
– The bottom right corner: during the fight button abilities outside of combat-function keys, including setting abilities, backpack, guilds, abilities, friends, team, etc.
Plot
Events Rift hunter unfold in the distant continent of Adalah. Initially, it was a beautiful, calm, endless mainland and a paradise in the universe. The friendly people of Adalat always enjoyed peace and prosperity of his life, was calm and serene. But happiness is not life: the life of the people of Adalat suddenly changed.
In the year 893 of the creation of strong tribe of evil elf planned a new race (the Plan of Creation). This plan laid the foundation for strong and beautiful life in the world. To prevent the deterioration of the situation, the team became Adalat special combat squad, tore to shreds possession of the tribe of elves. The war for justice spread throughout the world, countless elves with sighing were killed. The Union army won Adalat. They burned down all that once belonged to the tribe of elves, and drove the surviving elves. But suddenly, inadvertently opened a mysterious space-time crack. In this break began to appear non-stop evil demons, destruction, and murder for which was fun. On the continent, Adalah began to panic … followed by the formation of a space-time crack in the forest surrounding her, and gradually began anomalies. Scary ruthless demons began to appear on the continent. Unfortunately, the Union army, get a little breathing room, I had to engage in even more brutal war. Appeared monsters eventually became even more: for one high-level demon claimed the lives of many soldiers. In the end, through the discussions, it was decided to combine forces the best representatives of different races and create a special high-level hunting party. The elite of the detachment fault was called Hunters (Rift Hunters) and from that moment they began their hunt! This started a big hunt – the game Rift Hunter!

How to Play Rift Hunter on PC,Laptop,Windows