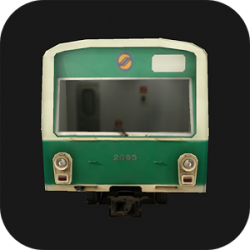 Hmmsim, the first train simulation game from Korea, became new and diverse!
In Hmmsim 2, advanced graphics, new map, outer view of train, dynamic trains and scoring mode has been added.
Also, the performance in BVE Add-On operation has been upgraded, and animation file and doppler sound is available.
Hmmsim 2 features basic routes based on Seoul Subway Line 2 and Line 7, realized in the highest level of graphic.
Experience the metro operation.
Also, Hmmsim 2 can add BVE Trainsim Add-Ons.
In Hmmsim 2, you can play BVE routes as the same which you used to do in your PC.
You can infinitely add Add-Ons depending on your preference.
See www.jeminie.net for details.

How to Play Hmmsim 2 – Train Simulator on PC,Laptop,Windows