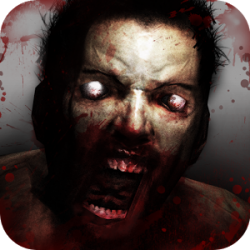 The world you once knew is gone. The bustling streets of New York are now quiet, except for the occasional cry for help. Your friends, your family, your neighbors and coworkers are all dead. The end of the world has come… and it seems strangely familiar.
Foursaken Media presents New York Zombies 2 – a sequel to the smash hit, and one of the original games of the genre, New York Zombies. You are an ordinary person who must survive in a new and hostile world. Everyone you once knew has become a creature whose only instinct is to hunt and kill the few remaining people who are unaffected. The odds are stacked against you – but you aren’t defenseless! Unleash a massive arsenal as you battle hordes of zombies across a ruined New York City landscape. Explore famous landmarks such as Times Square, Central Park, and the Brooklyn Bridge, now twisted and overrun by zombies. Uncover an epic and dynamic story as you try to find out what happened – and how to survive. N.Y.Z 2 takes you into a dark and action-packed world where there are no heroes, and the decisions between survival, morality, and humanity are no longer clear.
—–
“With great visuals, an expanded skill set, online co-op and well done presentation and theatrics N.Y.Zombies 2 is a great sequel and worth the wait.”
– toucharcade.com
“With zombie games in the App Store becoming a tired concept, NY Zombies 2\’s quality and depth make it a must-own for fans of the undead, and FPS gamers looking for something fresh on their iPhone or iPad.”
– apptudes.com
“Overall, [N.Y.Zombies 2] is a lot of fun for fans of zombie themed first-person shooter games.”
– appadvice.com
\”N.Y. Zombies 2 is a terrific zombie title, which may not reinvent the genre, but it certainly comes close to perfecting it.\”
– iphonealley.com
—–
FEATURES:
INTENSE ACTION
– Battle huge hordes of zombies, up to 20-30 at once!
– Explore a broken-down New York City – from Times Square, to Central Park, to the Holland Tunnel and more!
– Gear up with over 25 upgradable weapons and items!
– Awesome items like bear traps, molotov cocktails, a riot shield, land mines, grenades, auto-turrets, and more!
– Easy to learn shooting mechanics – tap to shoot from the hip, or use iron sights for greater accuracy!
DEEP GAMEPLAY
– Learn a variety of skills!
– 3 different skill paths: survivor, close combat, and marksman!
– 18 unique enemy types, including mutant crows, giant zombies, rabid dogs, diseased zombies, and many more!
– Discover an epic story of survival!
– 2 game modes: Story and Endless!
—–
For more Foursaken Media news…
Follow us on Twitter: http://twitter.com/FoursakenMedia
Like us on Facebook: http://www.facebook.com/foursakenmedia
Watch videos on Youtube: www.youtube.com/user/FoursakenMedia
or visit our website: www.foursakenmedia.com

How to Play N.Y.Zombies 2 on PC,Laptop,Windows